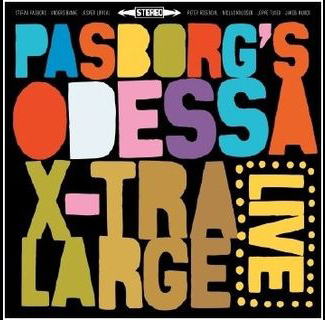 In 2011 I was offered to be ‘Artist-in-Residence’ at Jazzhouse in Copenhagen. And in the beginning of that year, I decided to present six new and unique constellations for the club during that year. One of these constellations was to create a mixture of two of the bands that I’ve been working intensely with during the past many years – Odessa 5 and Ibrahim Electric. And as a result of that, I ended up with this new edition of my X-tra Large group, which works as a natural extension to my release ’Pasborgs Odessa X-tra Large’ from 2010.

Two live-concerts was recorded….one concert in Jazzhouse, and one studio-concert with audience in one of the best studios around my corner of the world, The Village in Copenhagen.

For the recording of this third Odessa-release, I decided to add a few of my favorite rock-classics to the repertoire, and all in all this release has a more ”rockish” output than my other Odessa-releases… but the overall ”Odessa-sound” has been kept intact.